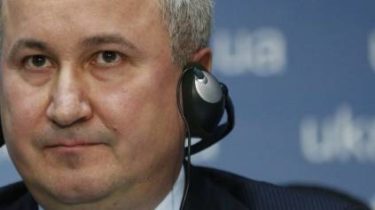 The head of the security Service of Ukraine Vasyl Hrytsak called expedient the introduction of a visa regime with the Russian Federation.

“We have the opportunity from June 11 to actually visit without a visa Europe for biometric passports. Why not make so that citizens, at least, the Russian Federation could enter here only the gj… Such a requirement at this stage could be introduced”, – quotes his quote “Interfax-Ukraine”.

According to him, is to blame for such a situation is not ordinary Russians and political leaders and the ideologues of “Moscow machine,” which embroil the Ukrainian and Russian peoples.

“Now it will be very difficult to get away from it, because in the history of the relationship, there’s blood, death, a lot of what unites and divides us,” – said the head of the security Service.

Hrycak has focused on possible threats from the Russian special services, which can be Ukrainians visiting the territory of the aggressor in personal matters or for the device to work.

He claims that cases of attempts to recruit Ukrainians with the security services of the Russian Federation. These activities take place through psychological and physical pressure.