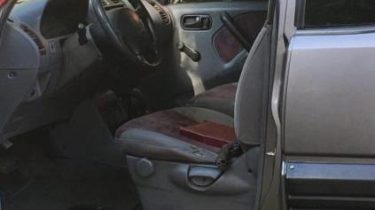 The police are convinced that according to the doctors, injured from the attack Adam Osmayev and Amine, AquaWay threatens nothing.

The journalists at the scene said the speaker of the Ministry of internal Affairs Artem Shevchenko, writes “Ukrainian truth”.

“The site found three guns and now going all the evidence. It is two and one pistol of foreign production”, – said Shevchenko.

He added that Okueva now giving their explanations to the police.

“Now translates from operating in the intensive care unit. A stable but serious condition. One bullet lodged in the spine,” – he wrote in Facebook.

“The attacker, wounded Amina, is also operated. Removed part of the lung. Hospital under the protection of law enforcement officers…”, – said Mosiychuk.