The staff of the economic Department of the SBU drive luxury cars, despite the small salaries – media 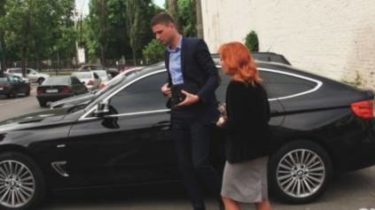 Some employees of the Main Department of counterintelligence protection of state interests in the sphere of economic security of SBU drive luxury auomobile, Jacob can cost significantly more than their salaries.

This is stated in the investigation of the program “Schemes”, a joint project of Radio Liberty and “UA:First.”

Reporters for several days watched what cars come to work the staff of the economic Department of the SBU. Villosa that some of the fixed models officially do not belong to Sbusy, and their parents who have low incomes.

“The cost range of vehicles of employees of this control ranges from 30 to 80 thousand dollars. The salary budget is from 8 to 30 thousand hryvnias”, – say “Scheme”.

journalists recorded almost half a dozen expensive cars. Owners of certain identification was not possible. And those who were able to identify, did not want to answer the questions of the journalists.

Before air representatives of the security service sent a letter, which tried to prevent the airing of programs about elite auto employees, said the chief editor of the program Natalia Sedletskaya.