In Denmark to decriminalize blasphemy 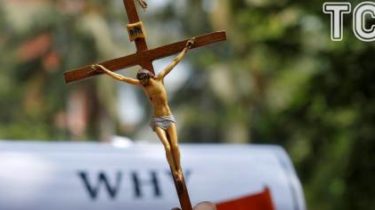 In Denmark to revoke the more than three hundred years ago a law that prohibits public blasphemy, reports The Guardian.

“Religion should not dictate what you can and cannot say in public,” – explained the decision of the Danish parliamentarians.

In this case the law of the country will remain regulations that protect citizens from threats and insults related to their religious affiliation.

Until now, Denmark was the only Scandinavian country, where for an open blasphemy could be put in jail for 4 months, although in reality, the court often treated the fines.

It is noted that for the last 80 years, the law was applied only a few times. One of the most notorious cases was the publication of cartoons of the prophet Mohammed in a local newspaper.

The abolition of the law freed from the responsibility of one person who was supposed to stand trial next week for publication in social networks a video where he burns the Koran.