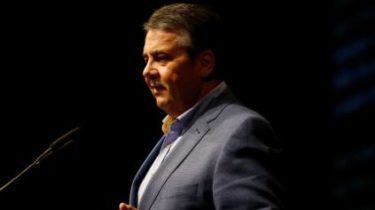 During a visit to St. Petersburg at the economic forum, foreign Minister of Germany, Sigmar Gabriel discussed with Russian President Vladimir Putin about the situation in the Donbas in Ukraine and annexed Crimea. Gabriel hopes that Putin will join the meeting in “Norman format” on Donbass at the level of heads of States.

“We have hopes that the Normandy format will continue at the highest level, up to heads of state and government,” said Gabriel, quoted by Morgen Web.

The Minister told Putin that the West will lift Russian sanctions until the Kremlin fulfill the conditions of the Minsk arrangements from 2015.

With his counterpart, foreign Minister Sergey Lavrov, Gabriel is not met. Although the German side of the negotiations was announced.

Earlier it was reported that Russia is blocking meeting “Norman Quartet” at the presidential level relative to the Donbass.