The deterioration in the ATO zone. Fighters relentlessly shelled the military, 2 soldiers killed 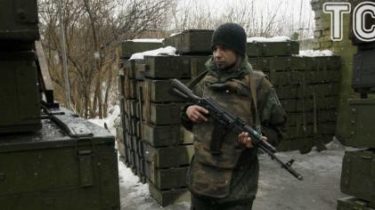 The situation in the ATO area remains difficult, with signs of deterioration on individual parts of the contact line. This is stated in the headquarters.

As the press center of the ATO, the Russian terrorist gangs did not stop to fire at the offices of the Ukrainian defenders, expanding Arsenal Minsk agreements prohibited weapons and resorting to increasingly devious actions against local residents and infrastructure of the frontline territories.

So, in the last days the enemy is 58 times opened fire on positions of ATO forces twice – the residential quarters of frontline settlement, once fired at an important infrastructure facility.

Coastal areas. On this front yesterday recorded the most cases of the use of weapons by militants against the Ukrainian military units – 36 attacks. Of the Minsk agreements prohibited 120-mm mortars Pro-Russian gangs has been repeatedly shot at our fortifications in the area of Bogdanovka.

With the same weapons and artillery caliber of 122 mm, the invaders gatila near Chermalyk. The positions of the Ukrainian armed forces near Krasnogorovka mercenaries last night made intense shelling from tanks, APCS and other weapons.

Continued attacks in other parts of this area. In particular, near the Water, Gotovogo, Novotroitsk and Talakovki the enemy systematically opened fire from small arms and grenade launchers.