Ukrainian radio began broadcasting in the occupied areas of Donbass 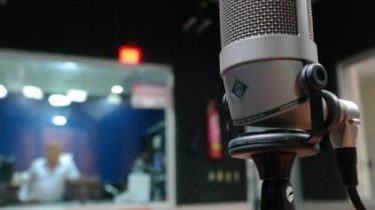 First channel of Ukrainian radio began broadcasting in the occupied territory of Donetsk and Lugansk regions.

This was announced by Chairman of the Donetsk military-civil administration Pavel Zhebrivsky in Facebook.

“The first channel of Ukrainian radio began broadcasting on the temporarily occupied territory of Donetsk and Lugansk regions. Our people in the temporarily sugarbane site say that the signal reaches Rostov-on-don. Radio can be listened on medium wave at a frequency of 873 kHz”, – he wrote.

In addition, Zerbrowski said that a powerful transmitter that allowed the signal to cover such a large area, set over two dozen kilometers from the boundary line

“Work on over the distribution of TV signals. Today had a very informative workshop with representatives of the national Council on television and radio broadcasting, Ministry of information policy of the BRT concern,” said zhebrivskyi.

Earlier, the 150-foot tower built near the village of Chongar in Genichesk district, the test mode started broadcasting round-the-clock broadcasting in occupied Crimea and the neighbouring settlements of Kherson region.