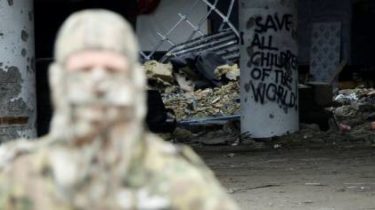 In “DNR” in the framework of the propaganda of the so-called “power” makes the owners of shops and other small businesses actively use flags and other symbols of “DNR”. About this in his Facebook said the coordinator of group “Information resistance”, MP Dmitry Tymchuk.

Left ammo and equipment. Tymchuk told how the rebels lost a number of positions in the Donbas

Such cases were recorded in the city of Donetsk, Makeyevka, Gorlovka, Yasinovataya, Shakhtersk, Khartsyzk, and others. Active use flags and other symbols of “DNR”.

In addition, the stores need to include the approved Soviet music. In the case of ignoring these requirements are imposed penalties.

We will remind, earlier it was reported that in “DNR” going to suspend so-called “chief justice “DNR” Edward Jakubowski.