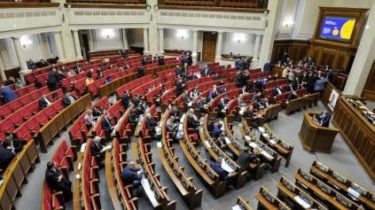 Parliament failed to elect the Commissioner for human rights. Booths for secret voting in the morning, even set on the sidelines, but then was removed, says the story TSN.19:30.

Chairman of the Verkhovna Rada Andrei Parubiy explained that the national Agency for the prevention of corruption did not have time to test candidates. In private conversations the reason is called the other – say, the Bloc of Petro Poroshenko and people’s front put forward their candidates and neither wants to concede, therefore, simply did not have enough votes. BPP offers of lawyer Sergei Alekseev, and NF – former Minister of labour and social policy Lyudmila Denisova.