Reaction to the dinner, Obama and Trudeau and unusual fish with legs. Trends Network 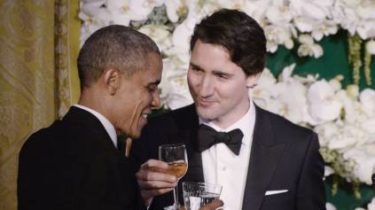 Network laughed at the film about Russian President Vladimir Putin, in which the Director Oliver stone asked how would he behaved in the shower with a gay man.

On YouTube published a video of an unusual fish with legs, able to walk.