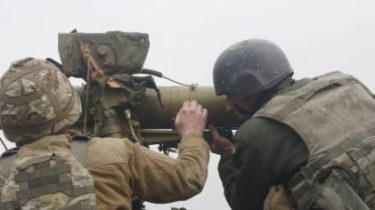 The militants of the terrorist organization “Luhansk people’s Republic” are spreading false information about the offensive of the Armed forces of Ukraine near the village of Zhelobok.

“No offensive Armed forces of Ukraine don’t do that,” he said.

It should be noted that the representative of Lugansk militants Andrey Marochko on separatist websites issued a statement about the alleged offensive actions of the Ukrainian military in the area of the Groove, which is located near an important highway between Luhansk and Severodonetsk. The terrorists claim the losses among the personnel.