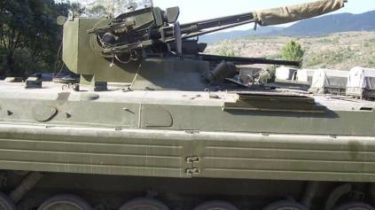 The shelling Novoluganskogo the militants were in a backyard and was brought to local residents of large losses. In addition, the gas pipeline was killed, says the story TSN.19:30.

In one yard a shell exploded in the pantry, this ignited the hay, the fire miraculously did not spread to the house. The fire burned the entire stock, which the owner planned to feed the cattle. “20-30 thousand at least. Calves in the sun, to drive nowhere,” – said the loss of the owner. In a neighboring yard during the shelling killed cattle.