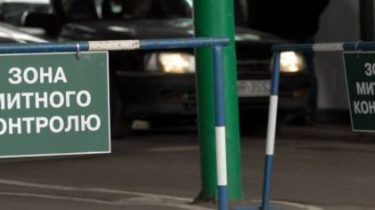 This is stated in the investigation of journalists Slasti. Nfo.

For example, the organization “Lviv women’s Council” brought seven of humanitarian cargo for five years incomplete. It is almost 160 tons or 8 trucks of clothing and shoes. Documents for approval of the last of the cargo, the organization filed earlier this year. The addressees are the four charities and a number of individuals.

Christian community center “Mercy”, which was supposed to receive humanitarian aid from the “Lviv women’s Council”, is situated in a private apartment house in Lviv. Founder of the Foundation on the spot, but his signature in the documents does not know. In the end, the lady admits that he agreed to become the founder and Director of the Fund at the request of a classmate.

In Donetsk more than fifty children were poisoned overdue humanitarian aid from Zakharchenko.

Except “Mercy”, the humanitarian aid from “Lvivske women’s Council” had to get almost one hundred and fifty vulnerable people. Reporters visited several locations: none submitted orders.

The founder of “Lviv women’s Council” is a 25-year-old Zvonimir dovgalyuk, two years ago she was looking for on the website of the employment work as a waitress in Lviv. As founder, she appears in two charities, which also receive humanitarian assistance from abroad.

Reporters went to the Polish city of Lublin, to chat with the founders of the “Foundation Lemberg” which, it seems, tones reports help “Lviv women’s Council.” But the steward assures that the head of the organization had not appeared, his name still the letters come.

From Avdeevka convey humanitarian aid to the settlements, which are also fire fighters

“They also asked the local police and Prosecutor came to me, asked. His name comes a lot of correspondence, but I have 3 years did not see,” says the steward.

Annually Ukraine imports thousands of tons of humanitarian aid from abroad. Usually it’s clothes, furniture, appliances. However, under the guise of helping, for example, Odessa, the Fund received from China pans grill, phone calls to call the waiter and bottle caps.

Jewish community — delicacies from Israel: assortment of salami, pastrami, pickled tongue, Swiss steak. Kiev-Pechersk Lavra helped by tractors and harvesters for a total amount of half a million euros.

“The most common scheme is the import under the guise of humanitarian aid Second Hand. This scheme worked since the 90-ies, as I found out, it was very common during the reign of Yanukovych. During 2014 year she was a little quiet, but now again successfully launched”.

However, under the guise of humanitarian aid to Ukraine and new imported branded items. So, last year the famous Lviv charity Fund “Volunteer movement of Ukraine” tried to import into Ukraine of 9 tons from the UK. Bulky goods are stuck at customs due to problems with the documents, and after a while just disappeared from the lineup.

Nearly two years the Prosecutor’s office jointly with the security Service of Ukraine investigates a scheme of illegal importation of commercial goods under the guise of humanitarian aid in the Volyn region.

“According to reports, thus, the monthly imported about 70 tons of goods and household items, which are sold for cash in the future are assigned by the parties to the illegal transaction than to apply material damage to the state and actual purchasers of humanitarian aid for a total sum about 10 million hryvnias”, — is spoken in the decree of the court.

In the scheme allegedly involved 10 regional charities. Pseudohumanitarian, according to the investigation, implemented through a controlled network of shops of famous European brands. At least 6 of these funds are associated with Oleksandr Rudynets, pastor of the Church “Kingdom of God”.

In the Church to talk with Oleksandr Rudynets failed. However, his supporters claim — those in need receive humanitarian assistance in the Kingdom of God.

Investigators allegedly also found the fact of fraud with humanitarian aid through a number of charities, and involvement in the schemes of certain officials of the Ministry of social policy. Having referred to secrecy of the investigation, the SBU has not provided any information in response to the request of the journalists regarding this case.

The charity has sold 580 tons of humanitarian aid, instead of transferring the needy – the Prosecutor’s office

The press service of the Ministry refused to reporters in an interview with Minister Andriy Reva. But he was able to ask a few questions the start of the day. Large-scale corruption scheme involving officials Mr. Reva denies. Why the working group agrees “fake” goods? The Minister explains this fact by the lack of people and resources.

Now the leadership of the Ministry of social Affairs initiated legislative changes to humanitarian assistance engaged by the Department for the temporarily occupied territories.