Gunmen fired on a school in Krasnogorovka 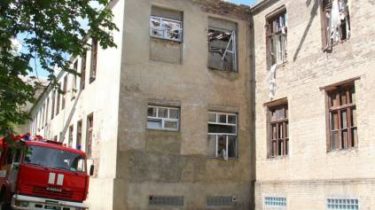 The militants of illegal armed groups ORDO fired at a school in Krasnogorovka.

The attack happened on Wednesday, June 7, at 22.30. The separatists used weapons banned by the Minsk agreements

Some ammunition fell near Krasnogorovka secondary school №1. At this time the school was empty.

Information on the destruction and other consequences of this attack specified.

The Shelling Of Krasnohorivka. What lies behind the powerful attack on town near Donetsk

Recall, June 3, militants shelled a residential sector of the settlement Krasnogorovka, applying Minsk agreements prohibited weapons. One of the mines of calibre of 82 mm fell in the yard Krasnogorovka secondary school №1 in microdistrict solar. Fortunately, children and teachers in the school at this time was not. In the same neighborhood, two more mines exploded near a residential house. Wounded woman, a local resident.