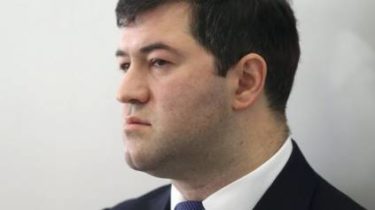 The British Embassy confirmed the citizenship of the Kingdom of the ousted Chairman of the State fiscal service of Ukraine Roman Nasirov.

This was announced on Twitter the British Ambassador to Ukraine Judith Gough.

“British Embassy confirms the sending of a letter to the NEB from 06.03.2017 and further information submitted to the passport service of the world Bank the Ukrainian side”, – she wrote.

British Embassy Kyiv stands by the letter sent to the NABU on 6 March 2017 and subsequent material provided by the UK Passport Office to Rus side https://t.co/0X2vDnmv5P

Recall, on the eve of SAP, said that he had received a response from the relevant authorities in the UK that is Nasirov is a citizen of the Kingdom. However, he suspended the head of the SFS denies it – he says he simply applied for a visa at the British Embassy and possibly in the local database was a technical error. British passport during searches and not found.