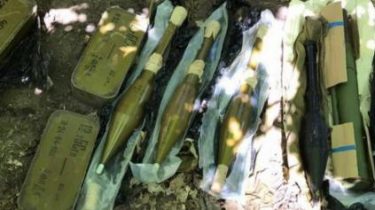 On the eve of the militants intensively fired in the vicinity of the Town. Near fortified APU lie unexploded mines, said in the story TSN.19:30.

The military explain that such 120-millimeter shells the enemy sometimes starts without fuses just to scare Ukrainians. Serious attempts of the enemy replied with fire from anti-tank grenade launchers. “Garnet 30 released”, – says the fighter with the Callsign “Small”. It satisfied at least one enemy positions burned. Also the part of the attackers recorded two casualties.