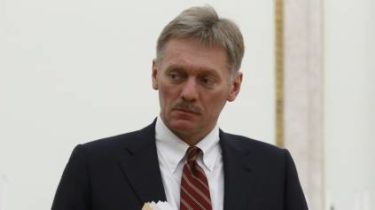 In the Kremlin regarding Ukraine’s course on NATO membership, said that concerned and “take measures to ensure their security.”

This was reported by the Kremlin’s spokesman, Dmitry Peskov, reports RBC.

“In Moscow traditionally with distrust and concern in the process of expansion of NATO towards our borders. Believe that it threatens our security and balance of power in the Eurasian region. Of course, the Russian side is taking all necessary steps to rebalancing the situation and ensure their own security,” he said.

According to Peskov, the decision on acceptance of new countries into the Alliance “was adopted in Brussels and in the capitals, where the overall management of the process.”