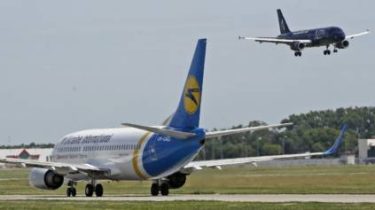 In “MAU” has denied the statements of the Minister of infrastructure that the airline company is trying “to preserve its monopoly position in the market” and prevent the arrival of lowcost in Ukraine.

In the “International Airlines of Ukraine” are convinced that such false statements are not permissible for officials, because discrediting and harm not only specific carriers, but the state as a whole.

“UIA not against bringing any company to the Ukraine, never interfered and always congratulated a fair and transparent market competition. However, the UIA against the planting of myths in society for the sake of someone’s political ambitions. Today, the aviation market is a place where there is stiff competition that is well known to the Minister. Ukraine international airlines for 25 years, is competing with major European carriers and low-cost companies. At least five dozen competitors MAU operate in the Ukrainian market of air transportation. And, obviously, the number of such carriers will increase, which will only contribute to the development of the market and fair competition”,- stated in the message.

The UIA reminded that the relevant Minister secretly signed in March 2017 a Memorandum with Ryanair, which is contrary to the law this company provides special privileges, unavailable to other carriers. Consequently, such actions of officials regarded such that the signs of corruption and abuse of power in own interests and interests of third parties.

“The high cost of air travel in Ukraine is nothing more than a myth that is actively promoted by the Minister of Yemelyan. Now Ukraine – in the twenty countries with the lowest prices on tickets among the 80 countries examined. The average cost of flights in Ukraine are lower than in many European countries, in which the said low-cost carrier operating for many years and transporting tens of millions of passengers. The level of tariffs Ukrainian carriers are now equal to rates low-cost companies,” the company notes, adding that “MAU” directed selling over half a million tickets at an low-cost prices.

“The Minister should be well aware of the contribution of the UIA to the growth of passenger traffic of airport “Borispol” almost 30% over the past two years and the contribution that the revenues of the state airport in 2016 reached UAH 1.4 billion, which is twice more than in 2015. It is these achievements so often reports to the Minister in confirmation of their own effectiveness.

UIA declares that it is ready to support any ambitious regulatory initiatives aimed at the development of Ukrainian aviation and approval of Ukraine as a powerful transit state. To support in word and the system work. Expected this and from the Minister. Actions speak louder than words”, – said the press service.