In anticipation bezveza: Kiev is preparing for the holiday concert and the Eiffel tower on the Khreshchatyk 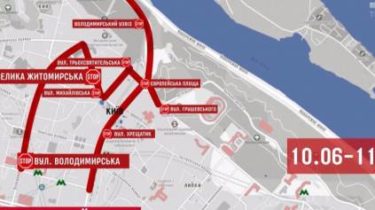 Bezviz, which will open to the Ukrainians in Europe, will significantly overlap in Kiev next weekend. Because the celebration is already beginning to limit the movement in the capital, according to a story TSN.19:30.

On Saturday from 20:00 on the European square will play and sing the Ukrainian star, and for the sake of the capital’s roads are already partially blocked. On Friday evening, the cars will not be allowed on the European square and surrounding neighborhoods, as well as on Khreshchatyk, Volodymyrska street and Sophia square. But the driver suddenly promise not to swear for the inconvenience and to take the metro – say, an event such as a visa-free regime, once in a lifetime.