Klimkin announced the appointment of Macron and Poroshenko 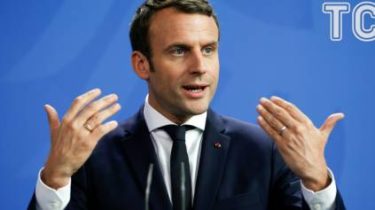 “Actually, if it were not for the “Normandy format”, today we could be in a completely different situation. Now there are very intensive consultations with our German and French friends. I have just a couple of days ago, I spoke with the new French foreign Minister (Jean-Yves Le Drian -ed), planning meeting in the near future. It is not excluded that it will occur even a trilateral meeting along with the German Minister of foreign Affairs,” – said Klimkin.

He is convinced that soon there will be a meeting of the Ukrainian President with the President of France Emmanuel Macron.

“Because before you move you need to achieve 100% coordination”, – said Klimkin.

False Russian media, the Chechen gay and Queen Anne: was talking about him and Putin in Paris

We will remind that earlier it was reported that Poroshenko plans to meet with Macron and German Chancellor Angela Merkel.