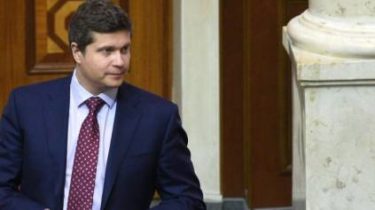 People’s Deputy of the Verkhovna Rada from party “popular front” Pavel Rizanenko admitted that he was driving drunk, and ready to bear the punishment.

“On Sunday, may 28, at about 22:00 the police stopped me. The reason the test car being in the wanted.” Checked and found out that the car isn’t wanted, then suggested to go to a special facility with the purpose of checking “on alcohol”, he said.

According to Rizanenko, he fulfilled all the legal demands of the police without any objection and did not even remember that is the Deputy to “not indirectly put pressure on law enforcement”.

“Passed with them, passed the test on the Alcotest. The results of the Alcotest showed a slight excess of the norm (with the norm indicator 0.2 – 0.27, which is almost within the error of the apparatus, which is 0.05). Made the Protocol,” – said the MP.

Rizanenko said that now the decision on the establishment of whether the administrative offence would be to take the court.

“Like any citizen, I am ready to be punished for the offence, among other things, for the fact that he voted in 2015 for tougher penalties for driving while intoxicated. Therefore, I will respond as expected”, – he assured.

Separately, the MP stressed that after the publication of the information about the event it was most struck by the large number of questions like: “are You not able to negotiate or work out?”.

“This is a demonstration of what a habit to break and avoid punishment enough is deeply ingrained in the consciousness of our society. I think that if broke the law, inevitably, must be punished, even if the violation seems insignificant,” said Rizanenko.

Note, the case Rizanenko is scheduled for consideration in the Desnyansky district court of Kyiv on July 6. 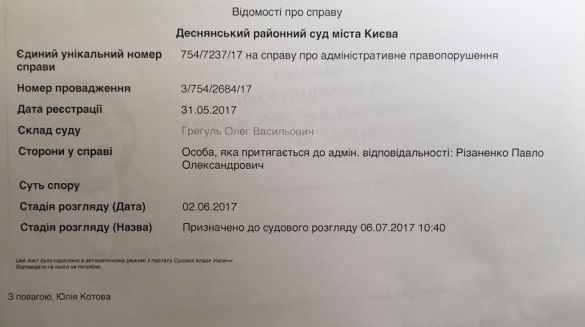 Recall, February 11 the police caught the Chairman of the Odessa district administrative court Oleg Pohanka, which is in a state of alcoholic intoxication driving. The judge was driving the car Toyota Tundra, owned by the member of the Executive Committee of the Odessa city Council, Surgi Nicholas, who was there also with signs of intoxication. Since Odessa can’t find a judgethat would judge a colleague for driving drunk.