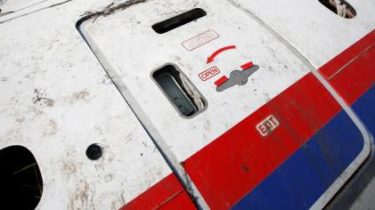 Russia blocks creation of an International Tribunal to investigate the terrorist attack on the Malaysian Boeing MH17.

This was stated by President Petro Poroshenko.

According to the head of the state, which transfers a press-service of the President, such position of the Russian Federation testifies about her involvement in this crime. “Russia is blocking the establishment of the Tribunal, a de facto surrender”, – said Poroshenko.

However, he remembered the recent publication of the international team Bellingcat on the new evidence of Russian involvement in the destruction of the Boeing MH17 in the sky over the Donbass in 2014.

He also added that after the military aggression of Russia against Ukraine can be said about the ineffectiveness of postoyannyh mechanisms of global security. The evidence is that any initiative, in particular, to establish an International Tribunal to investigate the terrorist attack on the Malaysian Boeing MH17, may be blocked in the UN security Council.

Earlier, representatives of the investigation team on the MH17 investigation into the crash stated that moved to the most difficult part of the case, when you need to identify the perpetrators. The situation is complicated by the fighting in the crash site. The investigators have to examine the events that require a lot of time to investigate, but have no significant value to the investigation.