SBU has banned entry to Ukraine to Merkel party member 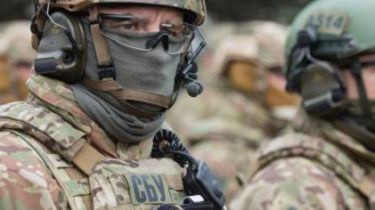 The security service of Ukraine has banned entry to Ukraine for 5 years German policy, Willy Wimmer.

About it to Agency “Interfax-Ukraine” said the speaker of the SBU Elena Gitlyanskaya.

According to her, the decision of the Agency adopted in connection with the visit of the Wimmer to the occupied Crimea in violation of the established order.

Willy Wimmer visited polustrov in March this year a delegation of German businessmen and politicians. During the visit he met with the occupation administration in the Crimea.

Recall that recently , the SBU has banned entry to Ukraine a number of Russian artists and their subsequent inclusion in the “black list” the Ministry of culture. It is reported by the public organization Back. Thus, a persona non grata steel Stanislav Govorukhin, Leonid Yarmolnik and Alexey Panin.