The outcome of the battle for the Groove: destroyed the dugout APU and captured the flag of “new Russia” 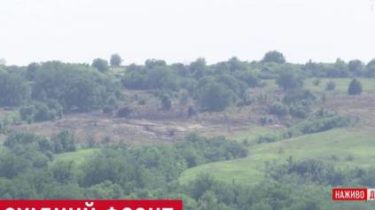 For more than a day military near Bahmutki rest after a heavy battle near the village of Zholobok in Luhansk. Following the counterattacks of fighters are the front line has not changed, says the story TSN.19:30.

Ukrainian soldiers hold the village and its surroundings under fire control. In the Groove occupied by the militants and never returned. The commanders noted that under the Minsk agreements, this area is controlled by the government, so the separatists were in no way supposed to be.