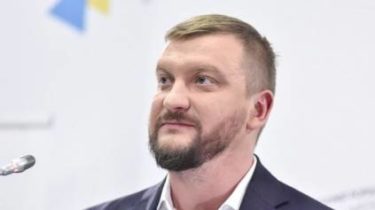 The Verkhovna Rada should adopt the bill, which unlocks the work of the National Agency for prevention of corruption.

The Minister of justice Pavel Petrenko said in an interview with UKRINFORM.

As you know, the Ministry of justice raises the question about reformation of the NACP, even introduced in Parliament a bill.

But the head of the NACP Natalia Korchak claims to verify the Declaration of NACP hampered by the lack of access to registers, which can carry out this test automatically. On the remark of the journalist Petrenko said:

“I think that Ukrainians are tired of listening to different kind of version, why NACP is able to verify the Declaration. As of now quite some time has expired to check the declarations of the first group of public servants, including Ministers. While we can’t see or hear any result, which in itself is a violation of the law on prevention of corruption. NACP should announce the result: there is a violation or not. When this result not declared – a kind of manipulation. Check over, and the result is kept very secret.”

“I think this situation should be resolved in Parliament. Worse, when government does not work. Need or to show the results of the work, or other option as reformatting, I don’t see. I think that the Ukrainian deputies will find the correct decision. The bill in Parliament, nothing prevents to vote and run, the normal operation NACP,” said Petrenko.

He noted that already served a large number of electronic declarations that NACP is required to check.

“Government employees should not be held hostage to what someone is not doing his job. Can not be eternal, to check declarations. The only legal exit for today to unblock the work of NACP, or the adoption of the law, or to the members of the NACP has started to work, and not to engage in quarrels and transfer of responsibility to each other,” added the Minister.

Recall, a member of the National Agency for prevention of corruption Ruslan riaboshapka after numerous scandals with the head of NACP Natalia Korchak resigned. Ryaboshapka noted that together with Ruslan about to fall presented its own plan for the withdrawal of NACP from the crisis, however, he was rejected by other colleagues.

The conflict within the leadership of NACP lasts for quite some time. Strife has resulted in mutual accusations of the head Natalia Korchak and his subordinates Ruslan and Ruslan Radetsky of Ryaboshapka of sabotage and insolvency professional.

Radetzky has said that Korczak needs to resign. And she Korczak repeatedly criticized the work of Radetzky. But Vice-speaker of the Verkhovna Rada Oksana Rawfoodist believes that the criticism of the Chairman of the NACP Natalia Korchak is part of the plan for the destruction of this body.

This year, the electronic Declaration was accompanied by scandal after scandal. In addition to resonant changes in the law regarding the Declaration of the state leaders of anticorruption organizations, before April 1, the deadline for submission of e-declarations system of the NACP began to fail. The website repeatedly hangthat part from about 700 thousand Ukrainian civil servants and employees of state structures were not able to file e-Declaration of income.

The head of the NACP Natalia Korchak, who also had problems with the online submission of the Declaration, stated that the site hindered because of the large number of visits. In addition, she warned that late submission of declarations is to be the Ukrainians themselves. And later through numerous “failures” in the work of the NACP, including due to the delay in verifying declarations, the Prime Minister Volodymyr Groysman advised Korczak to resign.