Judges are recorded in the hostels to get a new apartment 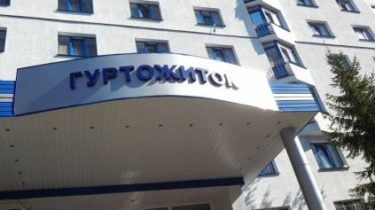 Ukrainian judges love to live in gurtozhitok. Even being asked: write me in a small room.

The correspondent of TSN.Week Stanislav Yasinsky was able to find judges who have fantastic traction for small rooms. For example, judge Oksana APEL. According to the Declaration, she lives in a Dorm, but near Kiev, her family rents a big house and also is building its own area of 841 meters.

Deputy Chairman of Solomenskiy district court Taras Roman oksiuta has an apartment in Kiev, and another two in the construction process. This property is recorded on his wife. The judge is only room in the hostel.

The stamp in the passport – very important for judges.

In the river the woman who moves in a wheelchair, made alimony payments from her ex-husband-judges

In the unified register of declarations, there are other judges who register their Dorm room. A judge in Kharkiv district administrative court of Victoria Ruban, which clearly works in Kharkiv. Together with her husband the judge has a good fleet of vehicles, apartment in Kharkov, and recently purchased another one in Chuguev. However, the judge Ruban with her husband spelled out in the hostel of the Kiev military hospital. There would have to live doctors who commute daily to work from the Kiev region.

In hospital informally explained the scheme – with a court or other law enforcement Agency they send the petition where it is “asked” to help the employee really need to get a room. Hospital or other organization may not refuse such an influential applicant.

In Chernihiv the hostel prescribed by the local judge Dmitry Loban. Lyceum of railway transport allocated the room not just him. According to porter, there is supposedly live six prosecutors.

The residents of hostels will be free to privatize housing

“I was there. It is stated in my Declarationthat this is the place of my registration. In fact, I don’t live there, I live in an apartment, which belongs by right of ownership to my mother. Don’t even know where he is,” said Loban.

Again the same scheme: the housing there, but to leave the hostel the judge is in no hurry. The room was not only he, but his wife and daughter. The apartment which the spouses bought the mother, the judge Loban to declare forgotten.

Judges register there to get in line for an apartment – all the judges of its own, moves very quickly. As reported by court administration, is now in the list on improvement of living conditions of judges are 1345. Getting the apartment office, they are privatizing them with cosmic speed.