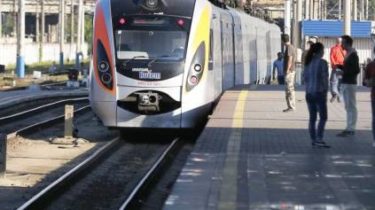 After the introduction of bezveza with the European Union “Ukrzaliznytsya” expands routes to the EU.

“Starts the train Kovel-Hill, and on June 15 launched a message Lviv-Varna, to be held in Ivano-Frankivsk and Chernivtsi. This should make more convenient trips of our citizens to the beaches of Sunny Bulgaria. Should soon begin to run the second pair train Hyundai Rotem Kiev-Przemysl (Poland), whose route will pass through Vinnitsa, Khmelnitsky and Ternopil. Now working on that since December of this year, working non-stop Kiev-Vienna (Austria), – wrote in Facebook the head of “Ukrzaliznytsya” Wojciech Balczun.

“In the four months of 2017 BONDS 48,4 thousand transported passengers in the message with the countries of the European Union. This is more than twice than for the whole of 2015 (23,8 thousand). Or six times more than in the same period last year (4 months of 2016 8.6 thousand). For 2016 year in the direction of Ukraine-West, we have carried almost as many passengers as the audience holds the famous stadium “Wembley” (79 thousand passengers),” said Balcon.