Visas depart: Klimkin told how to control the flow of Russians on the border 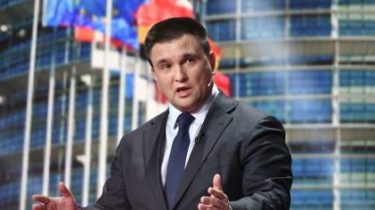 Foreign Minister Pavlo Klimkin supported the establishment of the system of preliminary informing of citizens about the intention to visit Ukraine.

Do not use bezveza to work. Ukrainians urged to respect EU rules

“Visa is actually dying away, they depart. First, we are now accustomed to biometric passports and must move to the fact that people go only for biometric passports. The second point that is important to me – that you drive in a lot of countries and then you go online and say, I’m five days from leaving – so, in fact, Russian citizens have to go to the Ukraine, it is necessary to create an appropriate platform and to control the entry, so it was not completely uncontrolled, ” – said the Minister.

He added that after the political decision on the establishment of systems to develop it is necessary to spend several months, after which it must be tested.

In addition, Klimkin said that the main thing is to maintain control at the border.

He also noted that visas for Russians could be set for a long time, however, the question arises of the residents of Crimea, which the occupying power might make “to do a visa their own country.” At the same time, the Russians can take advantage of the visa regime to put pressure on Crimeans to change citizenship.

“Our goal should be simple – to close the border, but in such a way that it was not a political call, and that the border was closed and that it didn’t hurt the Ukrainians”, – concluded the foreign Minister.