The fighters covered with fire of the village Volnovaha 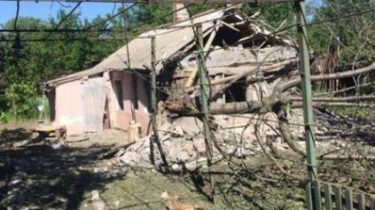 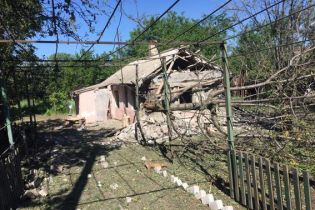 The militants shot two of the village in Volnovakha district, damaging a power substation, 12 houses and College Dorm.

About it reported in a press-service GU of the National police in the Donetsk region.

“In the village of Olginka, near Volnovakha shelling lasted from 2 to 4 am. Under fire of the terrorists was a Central street, damaged every house – the walls, Windows, roofs,” – stated in the message.

The shelling had also damaged substation, which 140 homes remained without electricity. People were forced to leave their homes and all night to hide in cellars.

In the morning, gunmen opened fire on the village Count (Komsomol). One of the shells hit a road near the hostel forest College.

According to police, the building was damaged, people were hurt.

Now on the ground attacks of the investigative group, the information on victims and destructions is specified, the event was classified as a terrorist attack, criminal proceedings were opened.

Recall, on the eve evening militants fired from tanks on residential sector of the Town. During the fighting in the Donbas killed two Ukrainian military.