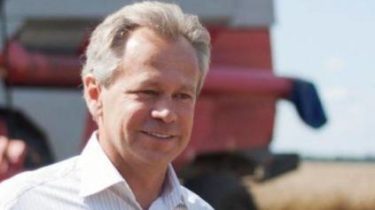 Today, June 12, the Minister of agrarian policy of Yanukovych Mykola Prysiazhniuk and two other persons declared suspicion in Commission of illegal privatization and subsequent legalization of state property, and premises belonging to the Ministry area 516,6 sq m in the capital. About it reports a press-service GPU.

According to the report, were involved in the transaction ex-Minister, officials of the state property Fund and the lawyers who acted “on preliminary arrangement by group of persons”. Prisyazhnyuk is incriminated crimes under articles abuse of power, organization and aiding and abetting, illegal privatization and money laundering. The size of the caused damages to the state is considered as especially large.

Note that Prisyazhnyuk is the basis of the investigation Department of the Ministry of internal Affairs since April 2014 over misappropriation and embezzlement of property or taking to them by abuse of official position in especially large sizes. And for the first time a suspicion in illegal privatization of premises on Khreshchatyk he announced in may 2014. And in February 2016, the activists came out to rally for the GPU with a request to resume the investigation against the ex-Minister of agrarian policy.

Before announcing wanted at Prisyazhnyuk searched – then the ex-Minister seized 286 thousand USD 659 thousand hryvnias in cash and a collection of expensive watches of famous brands.