Break up rallies and fry kebabs in the suburbs: how have you settled the Berkut in Russia 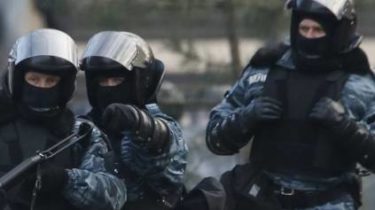 On 12 June, the day of the national holiday of Russia, the country has seen dozens of mass anti-corruption rallies. Police seized more than a thousand people, among whom were children and journalists. And among law enforcement officers lit up and the infamous former head of the Kiev “Berkut” – the Colonel Sergey Kusyuk. He’s wanted on suspicion of involvement in mass killings of activists on Euromaidan.

Posted a video with the ex-the Berkut officer with Kusyuk, who commands security forces in Moscow

A former Berkut officer photographed in the form of Riot police. In Moscow he found work after in 2014 ran away from punishment through the occupied Crimea.

In General, Russia has become for former employees of the Ukrainian militia as the ideal employer. Earlier, in January 2015, in Moscow, during the dispersal of the rally were seen Petro Fedchuk , ex – Deputy of the Kyiv police. Here he continued to do what he does best – broke up the protest. This time against the persecution of opposition leader Alexei Navalny on Manezh square. In Ukraine he wanted.