Turchynov suggested that an “effective” alternative to ATO in the Donbass 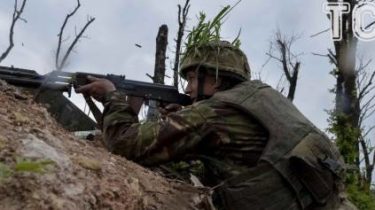 Ukraine requires a new format of protection from the hybrid war waged by Russia.

On this day, June 13, said the NSDC Secretary Oleksandr Turchynov.

“This issue is ripe”: Turchinov supports the early introduction of a visa regime with Russia

In his opinion, declared in 2014 a counter-terrorist operation in the Lugansk and Donetsk regions should be completed.

“Hostilities continue in the East of our country for three years, and has evolved as the duration and extent of the format of the ATO. At the same time, it should be noted that the anti-terrorist operation carried out a lot of important tasks. It is in the ATO zone, we stopped the aggressor, was able to hold presidential, parliamentary and local elections, and liberated a large part of the occupied territory of Ukraine. However, it is time to move to a new format of the protection of the country”, – said Turchinov.

The NSDC Secretary noted that the Ukrainian legislation does not meet the new challenges, after all, involves the use of Armed forces of Ukraine only in cases of Declaration of war and ATO.

Therefore, Turchynov is convinced that “the time has come not just to recognize some of the occupied regions of Donetsk and Lugansk regions, and clearly, at the legislative level to define the principles of the state policy regarding their release.” For this purpose, according to the NSDC Secretary required new and effective technology to protect Ukraine from the aggressor. It can provide the President of Ukraine the right to apply to the APU and other military formations against hybrid aggression by Russia.

In addition, Oleksandr Turchynov, called for the establishment in the area of conflict the Operational staff with a broad mandate for integrated management of APU, all power structures, and military and civil administrations.

In the case of taking such steps is, according to the NSDC Secretary, “will only strengthen the Foundation of the Minsk agreements, since their implementation is impossible without solving issues of security and without the liberation of the occupied Ukrainian territory.”

“This is an extremely serious issue that requires professional discussion among experts. The revised draft law “On restoration of state sovereignty of Ukraine on the temporarily occupied territories of Donetsk and Luhansk regions” will be presented to the President, and then, hopefully, he will be promptly submitted to the Verkhovna Rada”, – he said.

We will remind, recently near the village of Zholobok in Luhansk has been heavy fighting. The fight was very dense – about 80 hits on one small area. However, the replay 2014-2015 occupants failed – the Ukrainian military managed to repel the attack, but to force them to throw the flag and run. At least 15 militants were killed.