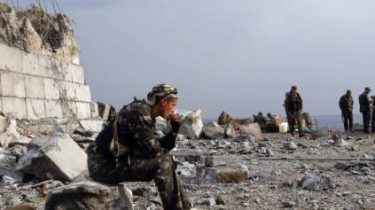 Russian companies offer tours in the occupied territories of Donbass, through Ukraine uncontrolled sections of the Russian-Ukrainian border.

Wrote about this on his page in Facebook the people’s Deputy, head of the Center Voyenno-political researches, the head of group “Information resistance” Dmitry Tymchuk.

According to Tymchuk, in the standard three-day tour, worth 20 thousand rubles per person, includes “accommodation in a 4* hotel in the center of Donetsk”, visit the Saur-Grave, visits to the shooting club “Artemida” (Donetsk), tour of “War and Peace”, as well as visits to places of fighting Russian invaders from APU under debaltseve.

We will remind, earlier Tymchuk reported that Russia is fenced off from “LDNR” fence. The construction of borders is conducted with the aim of combating illegal migration and prevent the movement of weapons and contraband from ORDO.