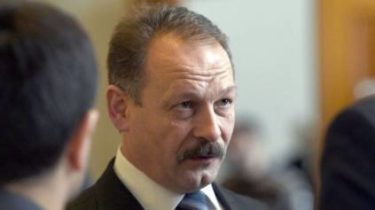 From the people’s Deputy Oleg Barns in an accident with a tram injured person. After the accident, he has a skull fracture, requiring surgery, because of this, the MP commented so far only on the phone, says TSN.16:45.

Doctors claim that the threat to his life.

“Perhaps I was not paying attention, fatigue, the morning in the villages chased and failed to catch the train. Thank God no one got hurt except me, and thank passers-by who rendered first aid,” commented Barna the phone.

Videoreg Barna recognized that at high speed flew into the tram

The circumstances of the accident is now investigated by the police.

“That evidence brought in the unified register of pre-judicial investigations. Initiated criminal proceedings under article 286 – violation of safety rules of road traffic”, – said the Deputy speaker of the national police of Kiev Yana Nerush.

Given the fact that the victims were not available, the MP will probably get off with a fine. The broken tram would have to align, to paint and to change the broken glass.

We will remind that on June 14, Oleg Barna on Skoda Superb at full speed crashed into a tram. 20-ton train off the track and the front part of the car of the Deputy has become a pile of scrap metal. The MP is now in the hospital.