Putin hopes for U.S. participation in the conflict settlement in the Donbass 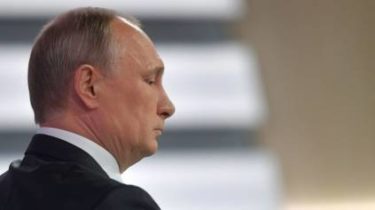 Russian President Vladimir Putin during a “Straight line” has declared that hopes for participation of the U.S. in resolving the situation in Donbas.

During communication with the Russians, the Russian leader asked in which areas we can cooperate Russia and the United States. Putin said in response that the non-proliferation of nuclear weapons, the struggle against poverty and conflict.

“I really hope for a constructive US role in the conflict settlement in the South-East of Ukraine”, – he said.

We will remind, during communication with the Russians, the Russian President repeatedly referred to Ukraine, in particular, and his godfather – Victor Medvedchuk. Ukrainian politician he called “nationalist“.