“Tenacious, like a dog.” Barna thanked everyone for their concern after an accident 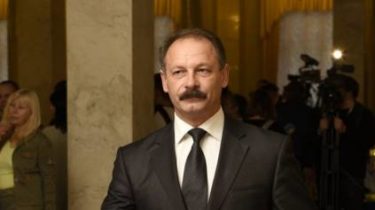 The people’s Deputy Oleg Barna after the accident, which was the night, thanked for taking care of all concerned. About it the Deputy wrote in his Facebook.

However, the circumstances of the accident, the Deputy of few words. From the article in the Network it follows that the Barna was in a hurry to train.

“Missed the train. In Kiev, there was an incident. Big thanks to all who gave first aid, as passers-by and doctors and doctors are 17 city. Tenacious, like a dog. Thank God that nobody was harmed. Enemies, separatists, let them not relax, because trials make us stronger. Thank you all for your care and attention. Don’t worry, everything will be fine!” – the people’s Deputy writes and adds a photo “on the way to Kiev.”

In the morning, Barna reported by TSN that will remain for some time in the hospital, but his condition and the circumstances of the accident has not commented.