“We’ve got to stand the suspense”: Klimkin confirmed the approval date of meeting Poroshenko and trump 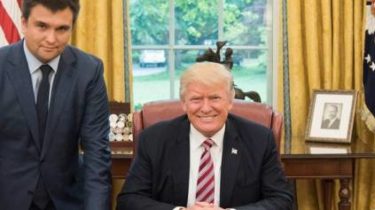 The head of the Ministry of foreign Affairs of Ukraine Pavlo Klimkin confirmed that the presidents of Ukraine and the USA Petro Poroshenko and Donald trump will soon hold a meeting.

“The meeting will be held, of course, we prepare it. But we must be able to withstand the intrigue,” – said the Minister on Wednesday evening, June 14, reports ZN.ua.

Klimkin said that the date of the meeting Poroshenko and trump will be officially announced in the near future: a press-services of both presidents simultaneously will make a statement.

According to the head of the Ukrainian foreign Ministry, his Ministry is working on a meaningful part of the conversation. The presidents will discuss Russia’s fulfillment of Minsk agreements, the situation in the annexed Crimea, the access of international observers to the occupied Peninsula, as well as bilateral cooperation in various fields.

“We will work hard to reconcile the logic of our interaction regarding the pressure on Russia”, – said Klimkin.

Earlier, the “true European” with reference to diplomatic sources reported that the meeting between presidents Poroshenko and trump’s planned for next week. It is expected that Poroshenko’s visit to the United States will begin on Monday, June 19.