In Marinka, on the result of the massive fire fighters two families remained without a roof over your head 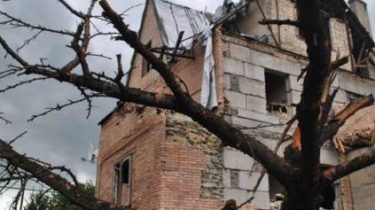 The fighters launch rocket systems shelled residential quarters of Marinka, with the result that damaged 20 houses.

About this Facebook reported the press Secretary of police in Donetsk region Natalia Shiman.

“Two families are left without shelter, their homes destroyed completely. Fortunately, no injuries. According to preliminary data, the militants shelled the city from “Grad”, – stated in the message.

The attack an act of terrorism.

We will remind, for last days fighters of Pro-Russian illegal armed groups 20 times violated the ceasefire. Repeatedly, the militants applied artillery weapons, the use of which is prohibited by the Minsk agreements, as well as once again fired at one of the frontline settlements. Losses among the Ukrainian soldiers in the fighting was not.