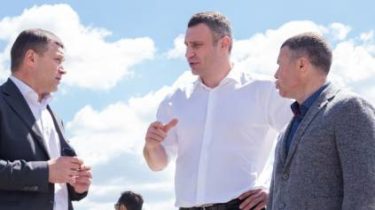 The mayor of Kyiv Vitali Klitschko told about the reconstruction project , interchanges at the intersection of Victory on the street Hetman.

The mayor noted that the reconstruction of the overpass will begin this fall and last year and a half.

Became known, who will be engaged in reconstruction Shulyavska overpass

“I trust people who are experts, engaged in the construction of all life, who deeply understand the situation. And now our task is to implement this project quickly and efficiently,” – said the mayor. 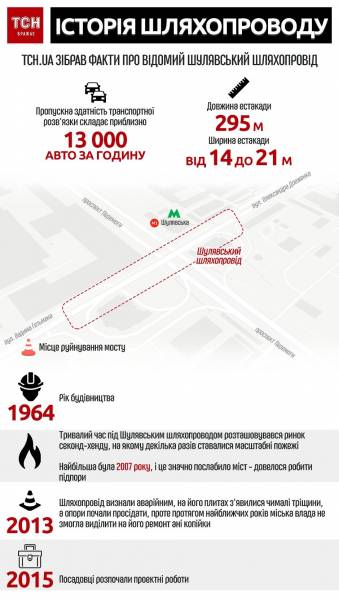 Note that KCSA may 18 of this year approved the project of reconstruction of the Shulyavska overpass. The selected project will not interfere with existing subway lines. Work during the reconstruction will bring less inconveniences to inhabitants of nearby houses. In particular, it does not require relocation of people or demolition of homes, the overlap-in to houses that are close. He also leaves access to public transport, provides for the placement of the underpasses, save the pedestrian zone.

Recall that in the capital began to break down the Shulyavska overpass. Vitali Klitschko instructed to check the status of all overpasses and bridges in Kiev. Thus, from may 16 to reconstruction blocked the underpass near the metro station “Nivki”.

VideoSecurity from the Department of city planning, choose the project of reconstruction of the bridge shuliavska