Lawyer calls for help Chigos to meet with his mother, who dies 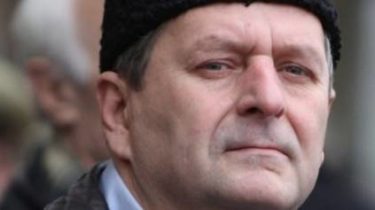 “Supreme court” of the Crimea on 15 June again refused satisfaction of the petition of protection about meeting one of the leaders of the Crimean Tatars Akhtem chigusa, which is approximately two and a half years in prison, with a mother who seriously and terminally ill.

Chiygoza lawyer Nikolai Polozov urges the world community to influence the Russian court in the Crimea.

“The public in the world needs to turn to the authorities to demand from the Russian authorities compliance with humanitarian norms, the prevention of inhuman treatment of Chilgoza. Require to give him the opportunity to say goodbye to her dying!” – said Polozov.

We will remind, on the eve of the “trial” of the occupiers in Crimea refused to satisfy the petition of lawyers for permission to visit the head of the Mejlis Refat Chubarov to testify in the case of Akhtem chigusa.

Chiygoz was detained on 29 January 2015. He was charged with “organizing and participating in mass riots at the walls of the Crimean Parliament on 26 February 2014,” five Crimean Tatars – Mustafa degermendzhi, Ali Asanov, Arsen Yunusov, Eskender Kantemirov and Eskender Amirali – participation in mass riots. They deny the charges against him.

In the Ministry of foreign Affairs of Ukraine consider the case Chiygoza a manifestation of political repression and the return of the Russian Federation to the judgment seat sample era of Stalinism.

Amnesty International harshly reported on human rights in Crimea. In the annual report on compliance and violation of the human rights organization noted the systematic repression, prohibition of Assembly and restricted freedom of speech in Crimea.