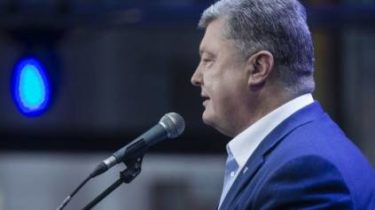 President Petro Poroshenko said that the abolition of the additional registration for foreign drugs is for the purpose of reduction of prices on medicines in Ukraine, and instructed the government to test its effectiveness.

This is reported on the website of the President.

Start of health reform. What you should know about major changes in health care

This waiver applies to those products that have been registered in the EU and the countries “Big seven”. “This is a decisive step to fight corruption, including in pharmacology, to overcome the bureaucracy,” – said Poroshenko on the occasion of Day of medical worker.

The head of state stressed the need for urgent reform in the medical system and reported the first important steps in this issue, such as the elimination of additional registration for foreign medicines.

“I instruct the government to carefully check the effectiveness of the abolition of the need for an additional check for the best foreign products, and prices,” – said Poroshenko. According to him, the government must provide explanations to the people in case of differences of Ukrainian and European prices.

Poroshenko said that this year’s budget provides funds for the provision of free medicines to certain categories of the population. “This is done not only at the expense of the state budget of Ukraine, and in the result of cooperation with our foreign partners – it had attracted foreign funds,” he said.

The President stressed that these steps are only the beginning. The government is determined to continue health reform.

Recall that on 8 June the Parliament adopted a bill to launch medical reform in Ukraine. The document is intended to apply in Ukraine global best practices of medical care.