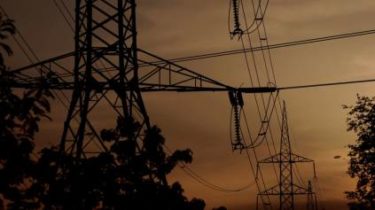 Over the last three years, while in the East of Ukraine continues the war, occupied territory of Donetsk region owes for electricity of 3.9 billion UAH. And the whole area of 5.6 billion UAH.

This was stated by Chairman of the Donetsk regional military-civil administration Pavel Zhebrivsky at a conference in the Cabinet of Ministers on preparation for the heating season, reports UNIAN.

“With 5.6 billion UAH of debt on a region for the electric power uncontrolled territory – 3.9 billion UAH”, – said zhebrivskyi.

We will remind, according to the Vice-President of “all-Ukrainian energy Assembly” George Sakwa, the debts the ATO zone for the put with the territory controlled by Ukraine electricity on 1 April 2017 amounted to 2,985 billion and are all signs of hopelessness. 25 April Ukraine stopped the supply of energy to the occupied part of Luhansk region. The Minister of energy and coal industry Igor Nasalik said that the power supply in the occupied part of the Luhansk region can be restored in case, if they made payments and paid off the debts for electricity.