Odessa refinery became the property of the state. 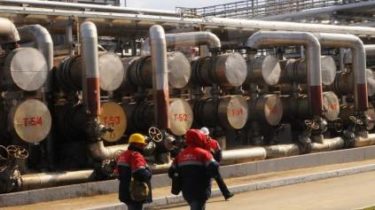 Now the Odessa oil refinery is wholly owned by the state in the face of the Cabinet.

“In the framework of the agreement with the consequence of the district court of Odessa sentenced on special confiscation of the integral property complex of the Odessa refinery as a weapon of crime a criminal organization (Sergey) Kurchenko. The plant became the property of the state represented by the Cabinet of Ministers. Hope for a quick and transparent auction for privatization. Thanks to the team of the Prosecutor of Odessa region Zhuchenko and judges of the Suvorovsky district court”, – wrote in Facebook, the Prosecutor General Yuri Lutsenko.

Earlier it was informed that eks-the General Director of “Odessa refinery” was declared wanted. Former heads of the plant are suspected of tax evasion in the structure of the criminal organization using the capabilities of the Odessa refinery, resulting in the state budget has not received more than 2 billion UAH of taxes and fees (paragraph 1 of article 255, part 4 of article 28 – part 3 of article 212, 366 of UK of Ukraine).