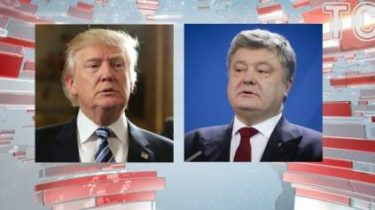 The President of Ukraine Petro Poroshenko goes to Washington to meet with U.S. President Donald trump.

According to TSN, the Ukrainian head of state will arrive in the American capital today, June 19, in the evening. The most important day is tomorrow: meeting with Vice-President Mike Pence and President of the trump and American Ministers of energy and economy.

This is the third Poroshenko’s visit to Washington as head of state and his first meeting with the new President of the United States.

The heads of state among other topics, will speak about the war in the Donbass. Now the government is secretly preparing a new bill on the liberation of the occupied territories.

Videoporoshenko sent to Washington for a meeting with trump