The details of the tragedy in Kiev subway: 19-year-old student fell under a train and lost part of a foot 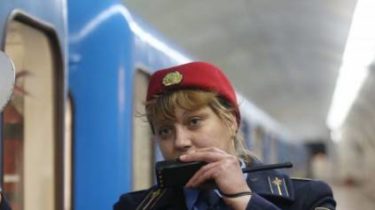 Appeared the details of the accident that occurred at the metro station “Leo Tolstoy” on June 16. The victim was 19-year-old girl who fell under a train because of the loss of consciousness.

About it reports “Today”.

The train did not have time to slow down and cut off part of her right leg. In addition, she had multiple injuries, fractured shoulder. Now the girl is a student in the hospital.

The police finds out circumstances of incident.

We will remind, earlier in Kiev at the metro station “Akademgorodok” the man fell under the train. Law enforcement authorities established that it was suicide.