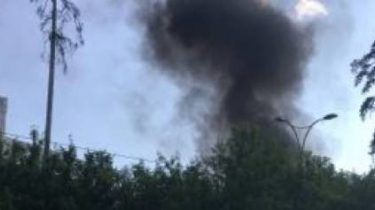 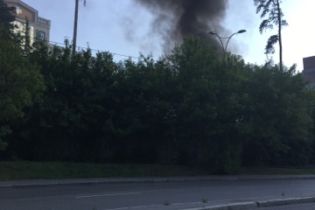 The evening of June 20 in Kiev broke out another major fire. Burning building of the Kyiv international University on the streets of Lviv on Svyatoshino.

Off campus rises a column of black smoke, but the cause and extent of the fire is still unknown.

In the state service for emergency situations, the event has not yet commented.

Recall, June 20, in the center of Kiev on the Khreshchatyk, 40 began a large-scale fire. The building in which the fire began, is located on the corner of Khreshchatyk and Bohdan Khmelnytsky, opposite the Central Department store. This building houses catering outlets and shops, and beside the Pechersk court.