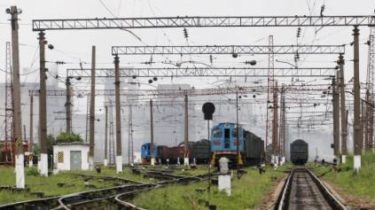 Railways of Ukraine, Azerbaijan, Georgia, Iran and Poland created a new transcontinental transport corridor “South-West” – from the countries of the Indian ocean, the Persian Gulf to Europe.

About this Facebook said the head of “Ukrzaliznytsya” Wojciech Balczun.

“Very relevant way for Ukraine and our partners. Annual trade with India, Pakistan and the Gulf countries is now about 72 million tons, including from European countries – more than 25 million tons. Now 94 percent of the flow is transported by sea through the Indian ocean, the Suez canal and the Mediterranean sea. The main advantage of the corridor, over which we are now working in Baku, in comparison with other routes, is a short transit route and as a result, in 2-3 times less time spent on transportation. About 12-15 days vs 30-40 days sea route”, – said Balczun.

New rail route to the thousand kilometers shorter than the other land corridor that runs through Russia.

“So our countries see this project as a great prospect. Here are our specialists, in particular, Director of freight transport and logistics PJSC “Ukrzaliznytsia” Maxim Kushnirchuk. Now we are working on creating a single tariff system, so that the participants could control the goods. Create a working group composed of representatives of all the railway administrations involved in the process. Waiting for the next steering Committee meeting in early September in Ukraine”, – said Balczun.

Earlier it was reported that “Ukrzaliznytsya” in the first five months of 2017 has a net profit of UAH 100 million.