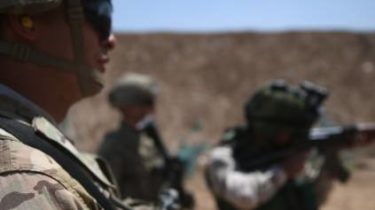 If Ukraine and USA will sign a deal in the security field, it is assumed the deployment of us military reserves on the territory of the Ukrainian state.

This was stated in a live broadcast of “freedom of speech” on ICTV Chairman of the Verkhovna Rada of Ukraine Andriy paruby, writes UKRINFORM.

According to him, the agreement “provides for special operations, carrying out of joint scientific and technical developments and even placement on the territory of Ukraine military reserves of the United States.”

“She brings a new level of cooperation between Ukraine and the USA”, – he said.

Similar agreements have long been used in the United States: such documents were signed with Japan, Australia and Israel.

Also, according to him, the agreement provides the right prerogative for the provision of defensive lethal weapons.

Recall, during a working visit to the USA June 12-16, BP Chairman invited to sign a bilateral security agreement between Ukraine and the USA. This deal, he said, has no objection to Ukraine’s membership in NATO, and Vice versa – would accelerate Ukraine’s gaining NATO membership.