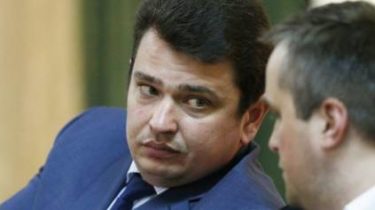 The investigation into illegal mining of amber is the first undercover operation to NAB. This was during a joint briefing with SAP June 20, said the Director of the Bureau Sytnyk.

According to him, the first undercover operation began last year.

“A year ago we made the decision to create this Institute. Around the same time, we launched the first undercover operations. Just today the case is the first case received in the result of undercover operations,” said Sitnic, commenting on the “amber case”, in which detained the security guard of the people’s Deputy from BPP Borislav Rosenblatt.

It was in the framework of the Memorandum signed between the NEB and the FBI, and the Americans assisted in the implementation of this operation.

We will remind, on June 19, detectives of the National anti-corruption Bureau of Ukraine detained the security guard of the people’s Deputy from BPP Borislav Rosenblatt during receiving a bribe of 200 thousand dollars. The people’s Deputy Serhiy Leshchenko claimed that co-defendant Rosenblatt received money for the solution of a question on licensing of production of amber.

Deputies Borislav Rosenblatt and MP from Narrante Maxim Polyakov I want to strip immunity – they both appear in the amber case. The corresponding representation is already prepared.