We just sat in cafes and walked the detectives NAB. Rosenblatt has commented on the arrest of his security guard 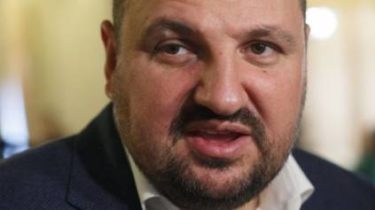 The people’s Deputy from “BPP” Boryslav Rozenblat called the accusations his security guard to bribe provocation.

About it reports a press-party service.

The fee is $ 100: in Chernihiv teachers of the University “covered” bribes for exams

“The fact that I was interrogated in the NAB – not true,” he added.

He noticed that should take care of safety of his life because he was threatened. Yesterday, during the incident he “just sat in cafes and talked with a woman who constantly refers to the Deputy with various proposals for mining. They were approached by the detectives NAB.

Rosenblatt commented that in this case it appears the name of another Deputy Maxim Polyakov of the “popular front”. Media reported that the guard passed Rosenblatt $ 200 million supposedly intended for both parliamentarians. According to him, they do not have cooperation in parliamentary activities, particularly in the writing of the laws.

“My work is very stressful people who continue to engage in illegal extraction of amber,” said Rosenblatt.

Earlier it was reported that investigators of the National anticorruption Bureau of Ukraine detained the security guard of the people’s Deputy from BPP Borislav Rosenblatt during receiving a bribe of 200 thousand dollars.

Videoresult, commented on the scandalous detention on a bribe